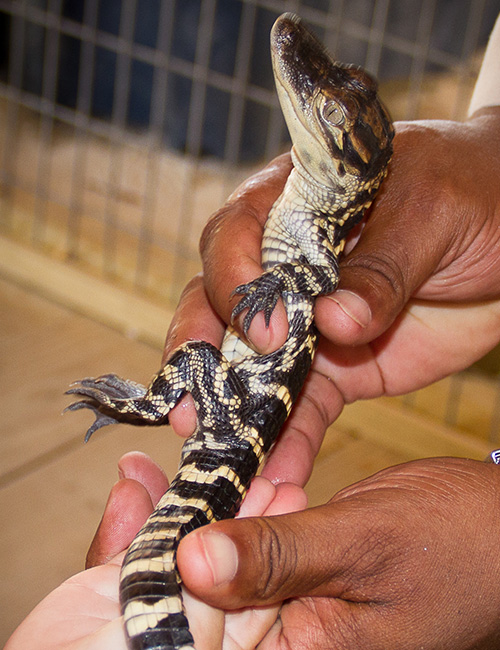 Did you know that the Everglades National Park is the only ecosystem in the world where alligators and crocodiles co-exist side by side?

Although alligators only thrive in fresh water because they can't digest salt, crocodiles can live in both fresh and salt water. The Everglades is unique because fresh water in the Florida Bay meets the salt water of the Gulf of Mexico, creating a perfect ecosystem for both animals to live together.

Wanna know more? Here are some other interesting facts about gators: