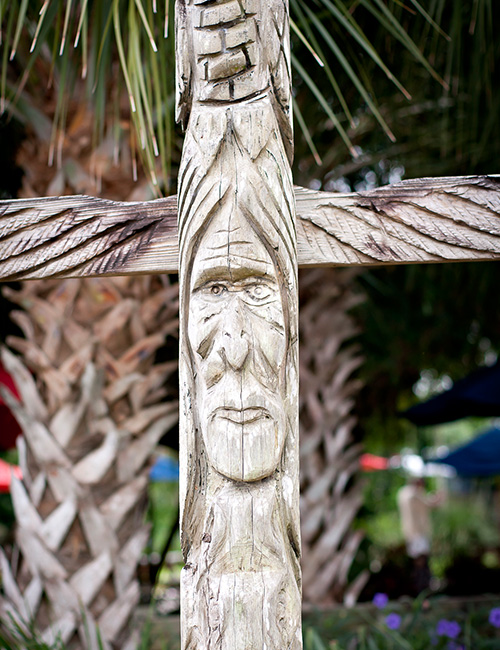 The Everglades has been inhabited by native people for thousands of years. During much of the 19th century, the marsh was a hiding place for the Seminole Indians during their conflicts with the government, who wanted to displace them to Oklahoma.

Seminole Indian history began with bands of Lower Creek Indians from British-ruled southern Georgia. After entering into conflicts with Europeans and Upper Creek tribes in the mid-1700s, the Seminole Indians migrated to northern and central Florida. They were joined by other groups of Indians from Alabama and Southern Carolina, such as the Miccosukee Indians. At that time Florida was ruled by Spain, and so the Indians soon became collectively known as Seminole, a name derived from the Spanish word “cimmarones,” meaning wild people or runaways.

In the early 1800s, American troops entered the area. In order to free new land for white settlers, the US government authorized the raiding of Seminole Indian villages with the intent of displacing the Indians and re-enslaving Black fugitives who were harbored by the Seminoles.

Seminole Indian Village
Between 1817 and 1858, the United States waged three Seminole Wars, nearly extinguishing the Seminole Indian population and sending the few survivors to Oklahoma. The few hundred Seminole Indians who managed to escape capture moved south and hid in the Everglades. Today, just over 2,000 Seminoles live on six reservations in Florida and are the primary residents of the Everglades.

Learn more about the history of the Seminole Indians on an Everglades airboat tour.

Between 1817 and 1858, the United States waged three Seminole Wars, nearly extinguishing the Indians and shipping survivors to Oklahoma. There were only a few hundred who managed to escape capture by moving south and hiding in the Everglades. Today, slightly more than 2,000 Seminoles live on six reservations in the state located in Big Cypress, Brighton, Fort Pierce, Hollywood, Immokalee and Tampa.